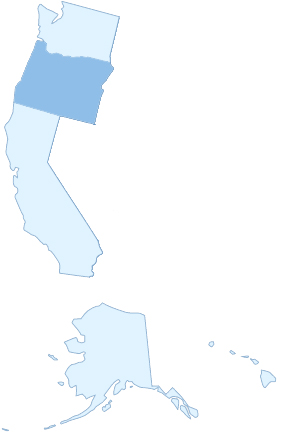 Oregon is one of the states belonging to the Pacific, or also called the West Coast. It lies between the West Coast states Washington (at the north) and California (at the south). It also borders the state Idaho at the East and partly Nevada at the South East, which are both part of the Mountain region. In the flag of Oregon stands the year 1859. This is the year this state became one of the states of the United States of America. The state itself was founded 11 years earlier. Most people don’t know if you have to wright it with an u or o or a. Our tip is, don’t misspell it like Oregan or Oregun. Just spell it with an “o” at the beginning and (almost) at the end.

When you know how to spell it, maybe later you’ll be able to go to one of the universities in Oregon. Examples are the university of Oregon and the Oregon State University. Both near the beach and beautiful nature around, how great is that.

Oregon facts on a row

The flag of Oregon

Like most states (maybe like all states) of the USA, this state also has its own flag. You can find this flag between the coloring pages we’ve placed on this page. You can download and color it in if you like. Some of the characteristics of this flag are: 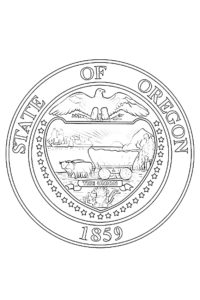 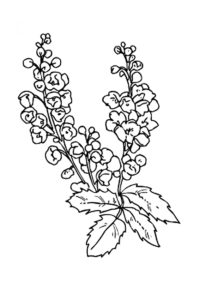 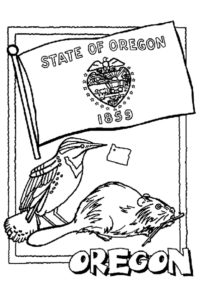 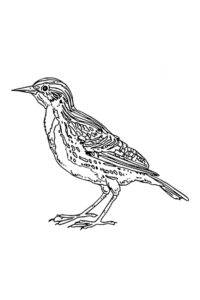 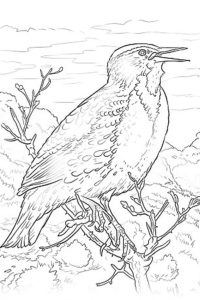 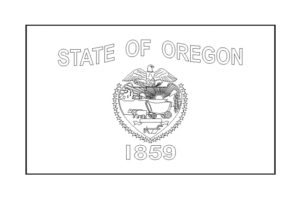 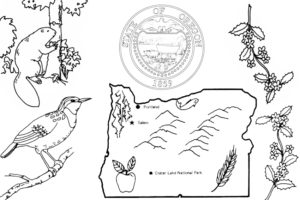 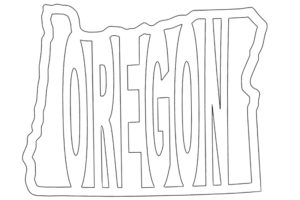 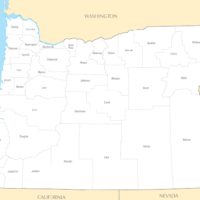 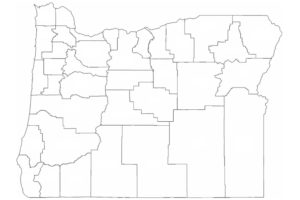 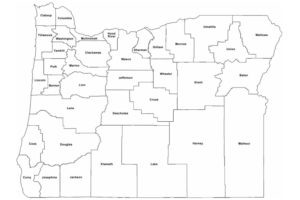 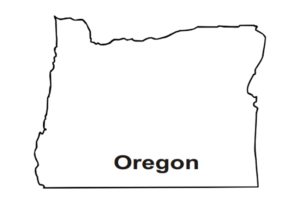