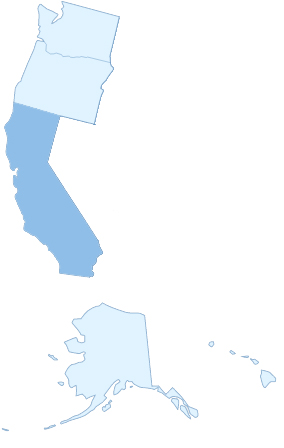 California is the state in the western region of the United States. It is part of the Pacific, also called the West Coast. This state lies beneath the state Oregon and borders the country Mexico.

Some kids ask themselves the following question: “Is California a state?”.  Well, the answer to that question is yes, it’s one of the states of America. Even the people living within this state have their own name. People living in the state of California are called Californians.

There are made a lot of songs about the state CA (also called “cal”), for example the oldie about a “Hotel” in this state from “the Doors” or the song from 2 Pac (Tupac) “California Love”. What a great songs are they. If you don’t know these songs, just look them up on youtube and enjoy.

California facts on a row

When you meet a grizzly bear, think of this state as the state mascotte is the grizzly bear. You can see this in the state flag. And the state flower is the Golden Poppy, you can find this within the coloring pages below.

When you’ve seen the movie, you know these were the famous words from Lightning McQueen. We’re talking about the movie “Cars” of course. He said these words when he had to leave quickly to arrive at the state of CA as first of the racers. He was going there to win the piston cup and get a huge contract at Dinoco. So because of this, we also have a few Cars coloring pages for you between the state coloring pages :). 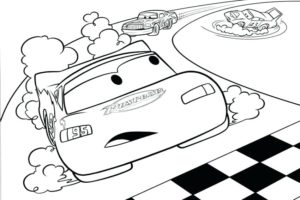 If you’re interested in more coloring pages from the Cars movies, just take a look at the Cars section. 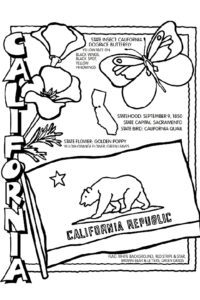 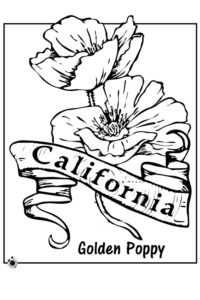 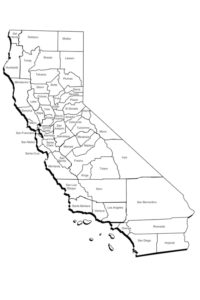 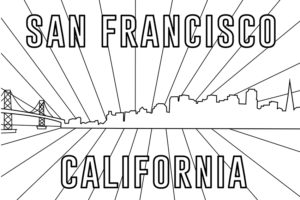