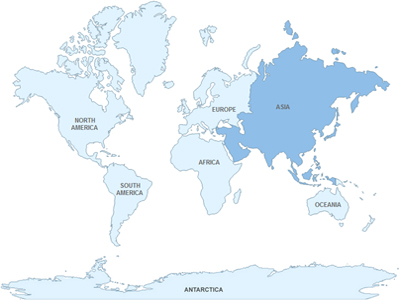 There are different climates on this continent. Each climate has its own animals living there. For example there are:

This mainland consists of 6 regions, each region has its own countries. We have placed all countries per region below.

The Northern part of this very huge continent consist of the large country Russia. This part can also be called Siberia, which is best known for its very cold and long winters. Sometimes the country Mongolia is called as a part of the North, but we have placed this country in the East region. There’s also a part of Russia in the continent Europe.

The Western region of this continent consists of the countries Armenia, Azerbaijan, Bahrain, Georgia, Iraq, Israel, Jordan, Kuwait, Lebanon, Oman, Palestinian Territories, Qatar, Saudi Arabia, Syria, Turkey, United Arab Emirates and Yemen. This region is also called the Middle East, some of these countries (like Turkey and Armenia) are also counted to the continent Europe.

Central Asia consist of five countries, knowing Kazakhstan, Kyrgyzstan, Tajikistan, Turkmenistanen and Uzbekistan. Sometimes Afghanistan is also seen as a country in the central region, but this country is officially part of the Southern region. This region is very large region with high passes, mountains, deserts and grassy steppes.

The Eastern part of this mainland consists of the countries China, Japan, Mongolia, North Korea and South Korea.

The last but not least region is the Southeast region of Asia. This region consists of the countries Brunei, Cambodia, Indonesia, Laos, Malaysia, Myanmar, Philippines, Singapore, Taiwan, Timor-Leste, Thailand and Vietnam. You can devide the Southeastern region into the mainland (also called Indochina) and the Maritime (also called the East Indies).

Maps, tools and coloring pages of the continent Asia 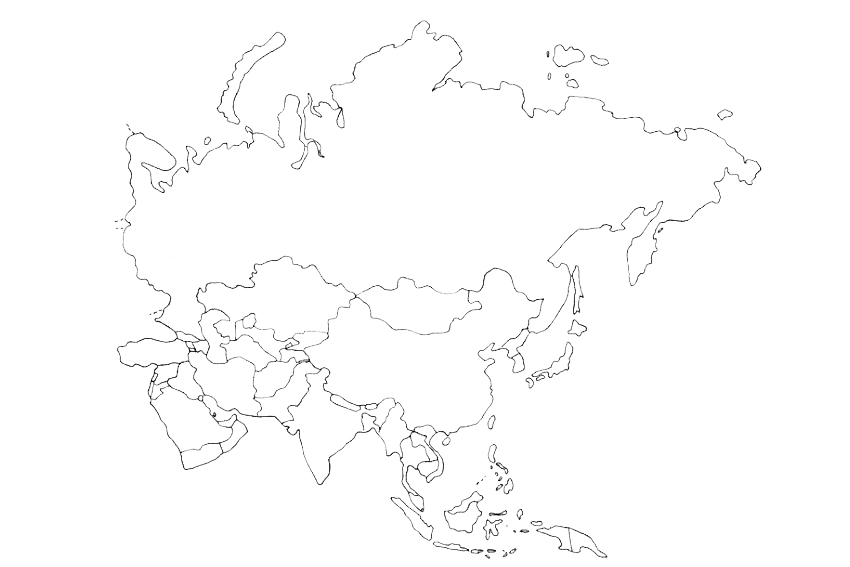 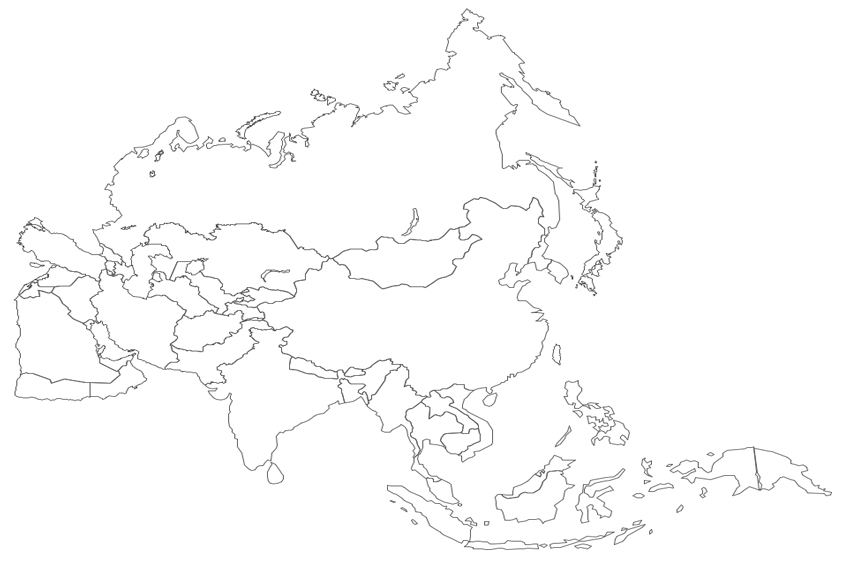 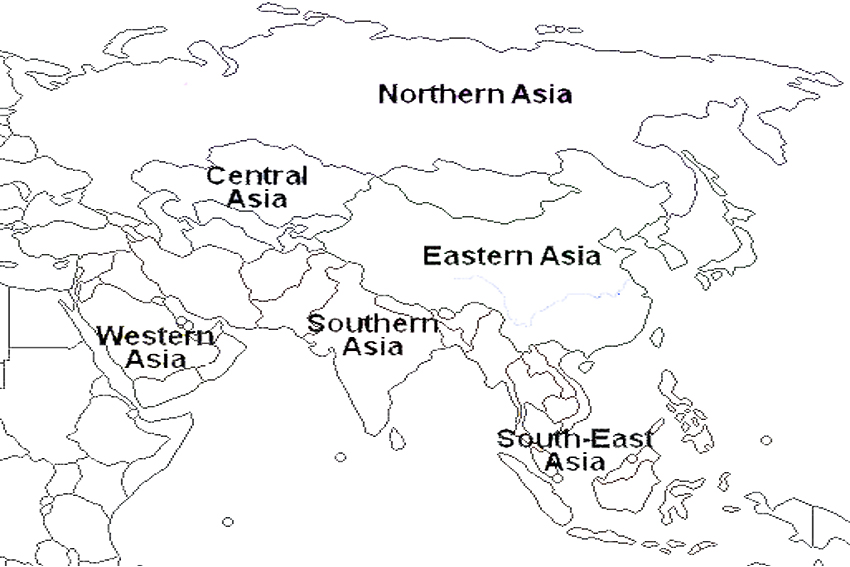 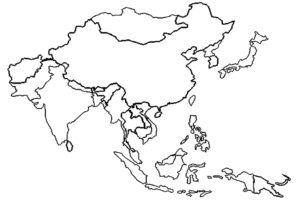 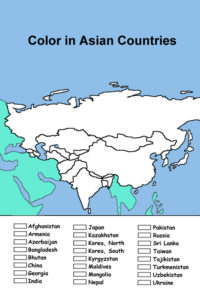 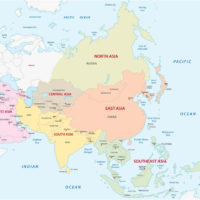 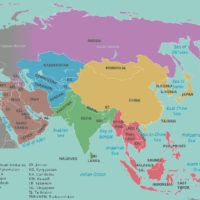 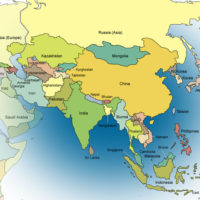