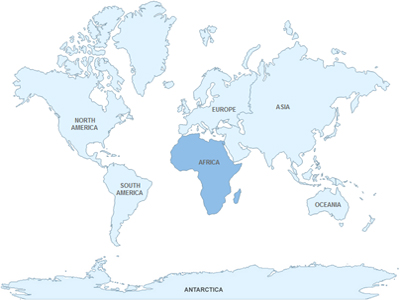 What is Africa? Well, the Africa continent is one of the biggest continents on our world. Only the continent Asia is bigger, so that means it’s the 2nd largest continent of the world. When you look at the geography of Africa, you’ll see that this continent is located Southwest of Asia and South of Europe. There between lies the Mediterranean Sea. For around 25% the land is desert and the desert is growing. At the greatest part of this continent the climate is tropical.

On this mainland the Kilimanjaro is the highest mountain, remaining a lot of deserts between the differents lands that this mainland consists of. Between the North and the South of this continent, there is the Sahara desert. This is the biggest desert in the whole world. Like mostly in sands, it’s very hot and very dry in the Sahara. This desert is getting bigger because of the tropical climate in Africa. Because of this dry climate, the African countries have trouble with farming.

Next to the desert, there’re also the savannas in Africa. This is where the giraffes, lions, elephants and zebra’s live (and of course a lot of other animals). Between the desert and the savanna, there are dry grasslands. Because it’s very dry in this continent, rivers are importent for for example the people, but also for the farms. The best known rivers are the Nile River, the Zambezi River and the Niger River going through some Africa countries. Next to the desert and the savannas, there are also rainforest in the middle of this continent.

What is the correct number of countries in Africa

The Northern part of this continent consists of the countries Algeria, Egypt, Libya, Morocco (with the Western Sahara), Sudan and Tunisia.

The Southern part of this continent consists of the countries Botswana, Lesotho, Namibia, South Africa and Swaziland.

A learning tool cannot be missed when you have to learn about the African geography, so below you’ll find some printable learning tools when you have to learn about the different countries in the African continent. When you use the blanco map and the map with the named countries, you can learn them from your head. When you don’t want to learn the countries, you can also use the blanco map as a coloring page. Maybe it’s fun to give each of the 54 countries their own color. 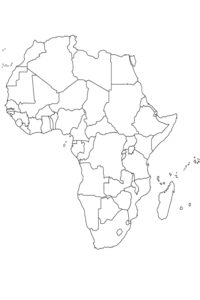 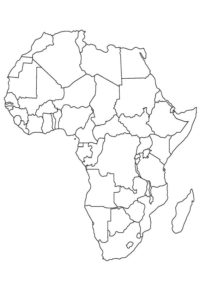 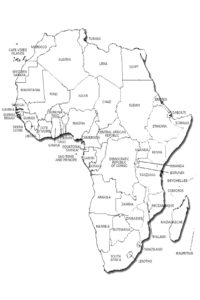 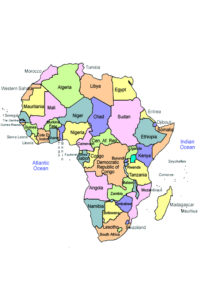