Rainbows are beautiful natural phenomenons to see and more beautiful to see every day on your screen as a rainbow wallpaper. Seeing it live, it mostly depends on from where you are standing when you see them. Are you standing in the rain or are you standing in the sun, because these two are needed to create them. Rainbow pictures are hard to get, because you’ll mostly stand in the rain to make a photo of it :). And of course it is not often that it rains while the sun shines. This is because when it rains, it’s mostly always very cloudy.

Now, what makes a rainbow so beautiful. Well, I think it’s because this wonder of nature contains all possible colors in the world. These rainbow colors are used in all kind of software, like photoshop or paint, to select the color you wish.

Notice that a rainbow background with the resolution 1920×1080 is also usable for some other resolutions without being distorted. 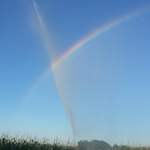 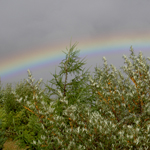 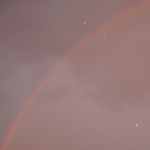 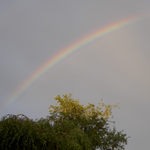