For example, it’s also possible to use your favorite images in a screensaver on your computer.
There’re also some example Dora pics from birthday cakes, it’s very funny to make or order your own Dora cake.

We’ve tried to offer a wide range of free images of Dora the Explorer in different sizes you can download from onlykidsonly. We will try to continue offering new images of Dora and all the other characters from this very popular cartoon.

Have lots of fun with the Dora pictures and of course all the other pictures from the other characters.

The description with the images below are as follows:
– It looks like it’s winter and there’s standing a very cold wind. That’s why Dora and Boots are wearing thick clothing, caps, gloves and scarves in this image. But, it doesn’t matter how cold it is, they always keep on smiling 🙂
– This is a image from Dora and Backpack. Dora is already colored in, now it´s time Backpack gets colored.
– In this image Dora and Boots are swinging on a liana. They just look like Tarzan.
– This is a very beautiful image from Dora and Boots, dancing and laughing together.

The grumpy old troll is showing himself in the first image below and he’s singing his song. Can you solve his riddle? Next to it are 2 very nice images of Dora cakes. Happy third birtday by Dora, Boots and the friendly stars. Just blow out the candles. Of course Doras loves jumping around as you can see in the fourth picture.

Here we have another three Dora images. We see: 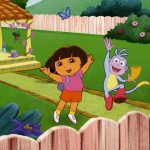 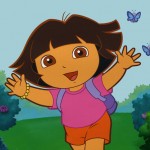 Do you see Swiper? Where is he? Is he behind us? …… Swiper don’t swipe, Swiper don’t swipe. Swiper is always trying to steal main items from Dora and Boots which are needed on there adventures. In the second picture you see Backpack and Map, another 2 important characters in the Dora shows. Without them, it will be very hard to accomplish the adventures. The third image below is a very nice one of Dora and Boots waving in a balloon. On the background there’s a rainbow and a volcano which is spitting a lot of colored ball. Then we have a very nice image of Boots the pirate. Do you think he’s dressed as a friendly pirate of as a pirate who steals everything? Noooooooo, it’s Boots, not Swiper the fox 🙂

“Say Backpack”. Backpack!!!!!!! 🙂 Well, here we have him. What items does he have now for Dora and Boots? Maybe you can find other pictures where Dora or Boots are using one of the items Backpack is showing here….. 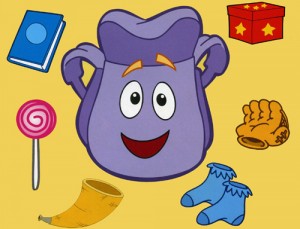 Below we have another four Dora images with:

Do you sea Swiper on the first Dora image below. What does he want to steel now from Dora? In the second image Dora is writing a Valentines card for Boots. When you go to the Valentines Day section, you’ll find a coloring page where she gives it to Boots. We also have a picture of Boots making a mess. But, there’s Backpack with some cleaning tools 🙂 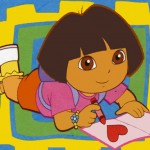 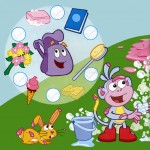 Here we have images of Dora wearing a pink dancing dress, a happy Dora and another nice picture of the grumpy old troll showing himself. What’s his riddle this time? 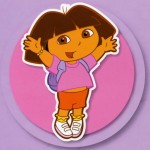 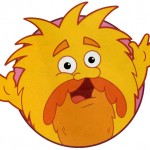 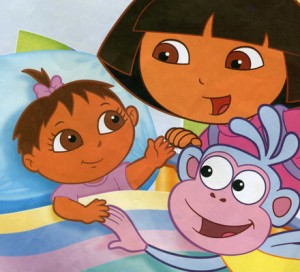 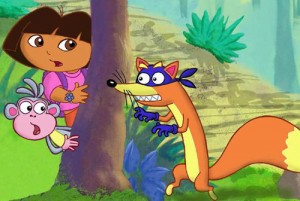 These Dora pictures are always nice to see. Dora and Boots hugging each other, they’re friends for life 🙂 and Dora and Boots just had fun with a cable car ride. Let’s jump off and do it again 🙂 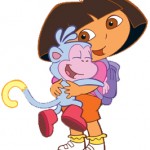 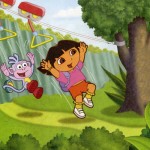