Kids love the movies Cars with Lightning McQueen and all the other characters. Next to both movies, they also love to play disney games. How fun would it be when they can combine these both favorit activities. Well, that’s what we’ve tried in this post, free games for kids with the characters from the Cars movie. Also called Cars games for kids.

We’ve placed a lot of good games below with all kind of characters from the cars movies. Lightning McQueen is of course shown the most, as he is the main character in these Disney movies.

The listed cargames are not only games for boys. Also girls may play these games, because these are also car games for girls. A lot of girl also like cars and car racing games, so, why not.

Let’s see what kind of games we have. For example we offer a connect the dots game. You have to connect the dots to create McQueen. Of course you can color it in when you’re done connecting.
We also have some spot the differences games, a math game, some mazes and puzzle games.

Some other funny Cars games are my favorit, namely the car racing games. So we’ve also placed some of these cool racing games. In these games you have to find out which car is the fastest by following its line.

For the lovers of drawing cars, we’ve placed some examples you can draw by yourself or will help you to learn to draw.
Maybe the listed game sheets will help you to create a car game by yourself. It’s very easy, so if you’re done playing, you can start making your own cool cars games.

If you need help with downloading or how to play these games, you can use the download instructions or the games tutorial.

Children must learn the alphabet, spelling and some math, so why nog start learning this with the three games below.
Start learning the alphabet with Lightning McQueen and his best friend Tow Mater, learn to spell with spelling the names from some Cars characters and learn math beginning with some easy sums. 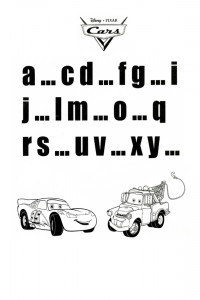 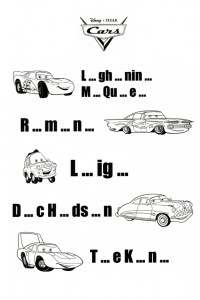 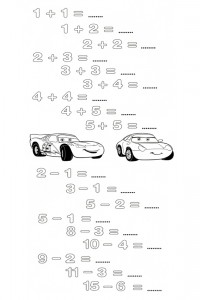 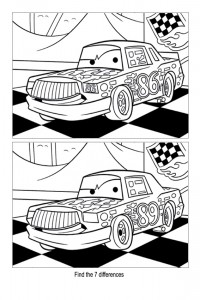 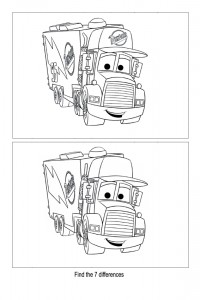 There are also 7 differences in each Disney Cars images below, so you’ll have to spot 21 differences total. You can play these games on screen or you can print them to encircle the differences. 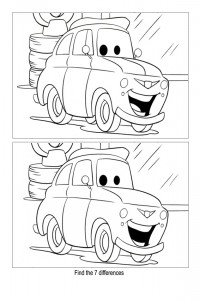 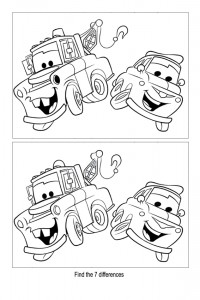 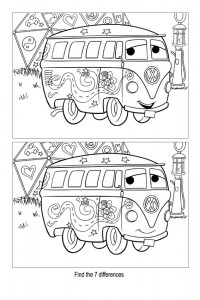 Cars connect the dots and drawing 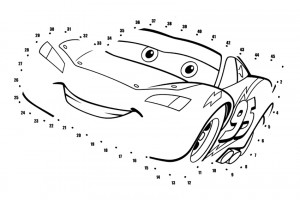 Learn to draw Lightning McQueen and Flo (Ramone’s girlfriend) in these drawing games from the movie Cars. You can try to copy this drawing piece by piece to create McQueen. To make a start, a few lines have been drawn. When you’re done copying in this normal size, you can try to make a larger version of them by making your own sheet with larger squares. Copy per square and increase McQueen or Flo to the size you want. 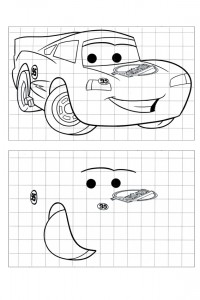 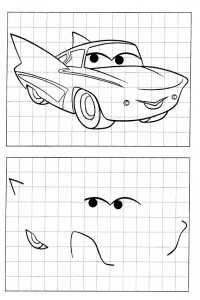 Can you help all the cars through the different mazes? These three maze games are all with Lightning McQueen. In the first two he and Sally must get togetyher, in the third you’ll have to help Guido to get a spare tire to McQueen. 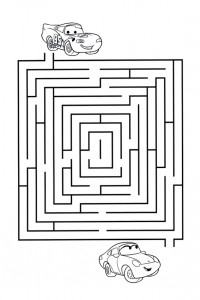 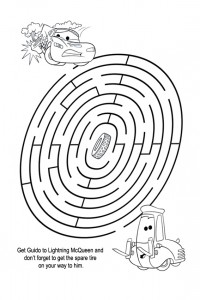 Of course the Disney Cars movies are about friendship, but they’re also about fast cars and races. Because of the races, we have placed some printable race games from Cars below. Some of these races have to go through mazes, who’s the fastest cars in these race games? 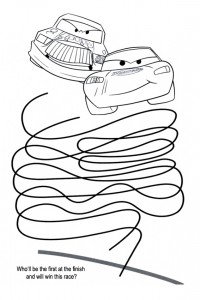 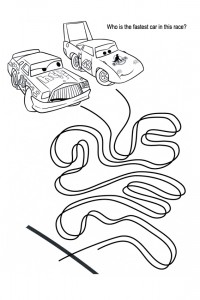 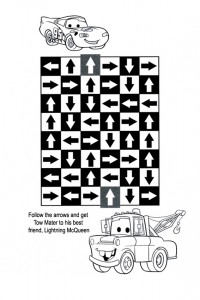 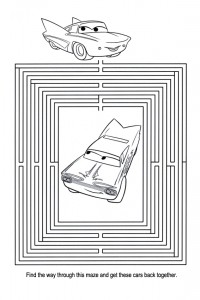 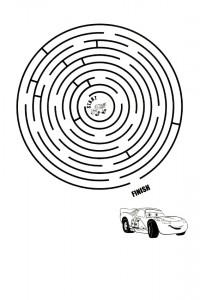 These Cars puzzles below are very fun to play. You can play them online, you can also print them and cut them out to puzzle in real live (the fourth puzzle of Ramone must be printed) 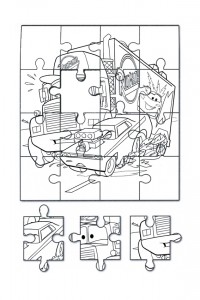